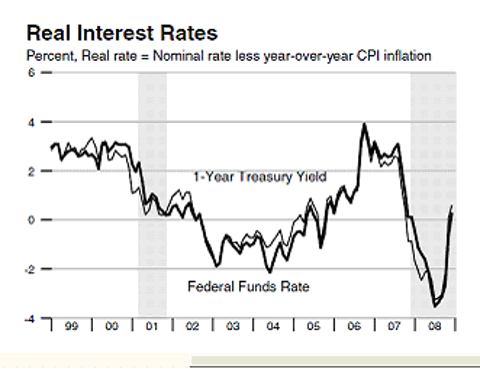 If you want to purchase something now but do not have the cash to spend, what you can do is to borrow it. This borrowing does have a cost though, it is called interest. It is an amount that you have to pay on top of the money you have loaned– the principal amount. The rate of interest is often expressed as an annual percentage of the principal. To illustrate, if you have borrowed $1,000 with an interest rate of 10 percent per year payable after a year, you will pay a total amount of $1100 at the end of the year. Loans can be short term or long term, hence the borrower is said to pay either short term interest rates or long term interest rates.

The idea of putting an interest to a loan hinges upon several things. There are people or entities like corporations and governments that are willing to pay interest for the temporary use of the money, while there are lenders willing to give up the chance to use the money today. Banks give a small interest rate to you if you park your money with them. Government sells bonds and pays the lender a certain amount of compensation for it. At the same time, the lender needs to impose an interest because of the risk he is taking when lending as there is a possibility that the borrower may not be able to pay him back. The higher the perceived risk is, the higher the rate of interest. This is the reason why it is very important to maintain a good credit standing.

Interest rates can be simple or compound. Simple interest rate, which is also called flat rate, is always taken as a percentage of the principal loan amount while a compound interest is not only calculated based on the principal but also on fees and interest amount that have already been included to the principal.

If the interest rate is compounded, there is an interest imposed on the interest and other fees that the lender may impose for not paying on time. The formula for calculating the amount to be paid after 4 years using the same example is:

If you have not paid within 4 years, your loan amounting to $1000 with an annual interest rate of 10 percent would turn into $1,464.10, higher by $64.10 than if the loan was subjected to a flat rate. Compound interest is the reason why bills grow so quickly. It is a more common type of interest rate used by banks and lending companies.

What Determines the Interest Rate You Get on Loans and Credit Cards?

You may be complaining that your savings accounts have very low interest rates and thus, putting your money in the bank is not a smart choice if your objective is to grow your money. Why do banks give paltry interest rates on your money but charge higher interest rates when you borrow? Remember that the level of interest is reflective of the risks that the lender is facing when lending. With banks, there is very low, even close to zero, risk of not paying or defaulting. Therefore, they give you a low interest rate on your return because have a very low chance of default. Your money may also most likely be covered by deposit insurance. Also, government-issued bonds provide relatively minimal interest rates because governments rarely default.

Interest rates on credit considered as unsecured are higher than those that are categorized as secured. Credit cards fall under unsecured because you do not need collateral to secure a loan. On the other hand, a mortgage is an example of a secured loan because the house serves as the collateral. This is the reason why interest rates on credit cards are much higher than those of mortgages.

The following formula is how someone would go about calculating the real interest rate:

The Role of the Federal Reserve

The Federal Reserve, the United States’ central bank, is the authority that has a command over the general level of interest rates. The Fed uses interest rates as monetary policy tools to influence the economy. The Fed funds rate, for instance, is a very essential interest because it impacts the supply of money which is the health of the entire economic system.

In financial planning, it is critical to understand how interest rates work. If you are a credit card user, you should be aware of the compound interests that your lender requires you to pay. It is an everyday fact of life that you have to deal with. If you are saving and investing your money, being aware of the varying interest rates will help you make smart choices on where best to put your money.