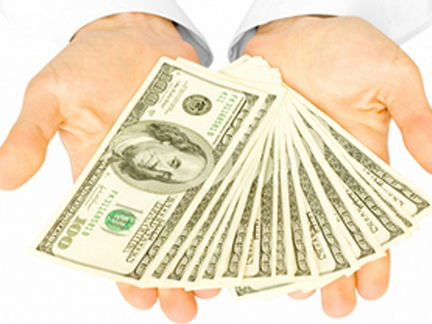 You may not realize but even with increasing wages, you may still feel like you are unable to get by with your day-to-day expenses. This means that your real income may be on a downhill rather than uphill. Your purchasing power is diminished even when you are holding a greater amount of currency because of higher prices. Knowing the difference between real and nominal income is critical in investments. This article is aimed to draw the differences between real and nominal income.

What is nominal income?

Nominal income is that part of your salary that is paid out in cash. It is your income in actual currency terms unadjusted for what is termed as inflation. Inflation refers to the increase in the general price of goods and services, more technically known as the Consumer Price Index or CPI. Inflation is calculated as the change in the CPI year-on-year. A 10 percent inflation rate means that prices in the current period are about 10 percent higher than that of the same period a year ago. This is the same percentage that your nominal income lost in terms of purchasing power.

What is real income?

Real income is simply inflation-adjusted income. To exemplify, the nominal income increased today by 10 percent from last year, the real income remains the same as that from before if the prevailing inflation rate today is 10 percent.

If the inflation rate is 5 percent, the real income rises by only 5 percent because you need to deduct the effect of inflation. To illustrate, your hourly rate of $20 from last year used to buy 10 hamburgers. If the general price level increases today by 10 percent, the $20 will be able to afford only about 9 hamburgers. Thus, your real income is not $20 but is actually $18 and it diminishes in value with price increases. To maintain your real income or the same level of purchasing power, the hourly rate or nominal income should be increased from $20 to $22.

Why is it important to know the difference?

The difference between nominal and real is essential in many practical aspects. In lending money for instance where borrowers, like bond issuing entities, offer a certain interest amount to bondholders or lenders, you have to make sure the interest is high enough to offset the effect of inflation by the time the loan matures. If not, then you are actually losing money instead of earning.

This is one important aspect why authorities like the Federal Reserve need to control inflation at a certain sustainable and useful level. If inflation tends to go higher than expected, the Feds implement monetary policies to lower it.  They do this by tightening money supply or the level of available credit in the market. The idea is to reduce the liquidity within the system. This makes credit expensive to obtain, thus limiting economic growth and eventually pulling prices down.

Whenever you weigh various options in your investment activities, it is important to plan and calculate things out in real terms. Wealth accumulation is not about amassing huge amounts of nominal money, but rather it is about ensuring that at the end of the day, your income has a good purchasing power.