To understand how the Federal Reserve increase money supply, it is important to first understand the meaning of money supply, which we will think of as: money which is available (in the economy) for use.

Second, you must remember the three parties that influence the money supply:

It will be easier to understand money supply if you remember that the word “reserve” implies not available to use, so it will help to notice when “reserve” appears as we’re talking about decreasing the money supply.

3 Ways that the Fed Controls the Money Supply 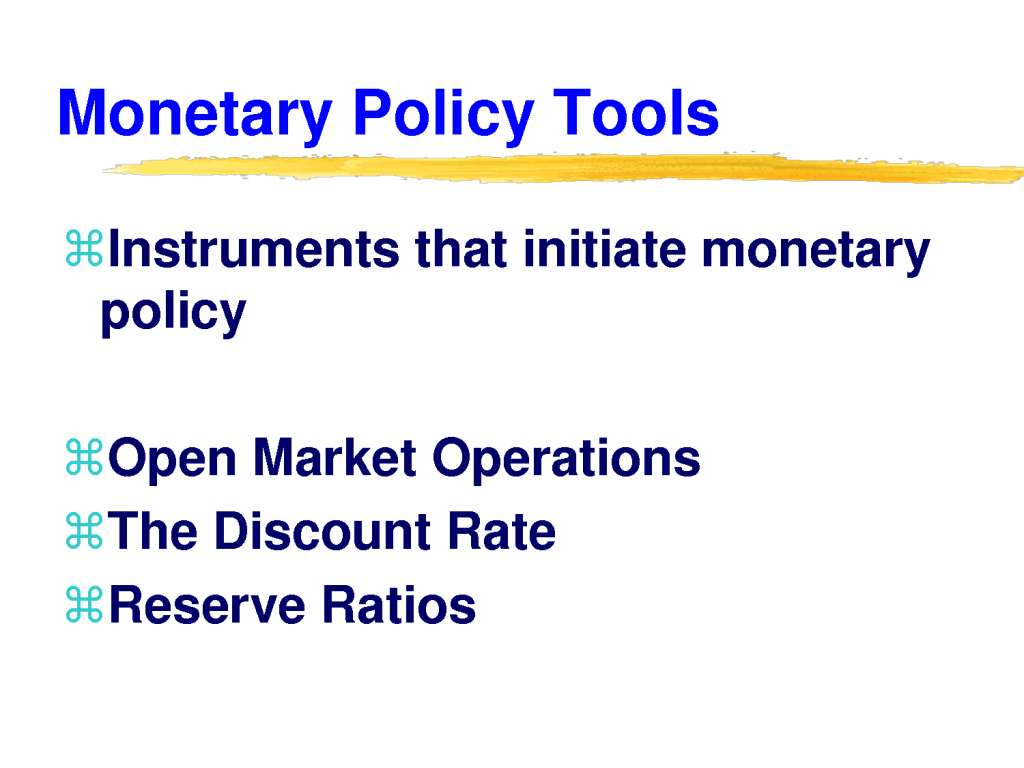 The Federal Reserve has three options for controlling the amount of money in the economy. It is critical to see how all of these options are indirect and not directly controlling the supply of money.

Open-market operations refers to buying and selling government bonds and is the primary tool used by the Federal Reserve. When you hear statements like, “The Fed is printing money” people are referring to this option. If the Fed wants to increase the money supply to the economy, it buys bonds. For example, if you sell the government a treasury bond you previously purchased, you receive money in return. This money is now available to you for use, so therefore when the Fed buys bonds, it’s increasing the money supply. The opposite is true when the Fed sells bonds.

Without banks, a family (let’s call them the Andersons), with $10 would contribute $10 to the overall money supply. However, the Fractional-Reserve Banking system used in the U. S. allows the Anderson’s $10 to be used by banks to create loans for others. If banks must keep $2 in reserves, it can lend out $8 essentially creating money and therefore increasing the money supply.

If the Fed wants to decrease money supply, it can increase bank’s reserve requirement. For example, if the reserve requirement is 25% for every $1 deposited by customers, the Fed could increase this to 50% per dollar decreasing the amount of money “created” by banks through the lending process by 25%.

The answer: the bank can borrow money from the Federal Reserve. The interest rate that the Federal Reserve charges banks for these loans is called the discount rate. If we think of the interest rate the price that the banks pay for borrowing money, then we can use traditional supply and demand principals. Meaning, the Fed can increase the discount rate when it wants to decrease bank’s willingness to borrow money, which in turn decreases the amount of money a bank has to lend out to customers which decreases the money supply. On the other hand, the Fed can decrease the discount rate, making it easier for banks to borrow money, which in turn they use to create loans for customers. Remember, as money passes to and from the Federal Reserve to banks in order to create loans, the supply of money is fluctuating.

Two Main Problems of These 3 Tools

The key to understanding economics is to ask, “What problems can I identify in this system?” The first thought that should make this system sound strange is the fact that the Federal Reserve is not controlling the supply of money directly, but indirectly through banks. Therefore, to see the big picture, it is critical to see that banks and their customers have a significant role in influencing the supply of money.

The Federal Reserve does not directly control the amount of money that banks lend. You’ve probably heard throughout the recession this sentiment: “even though the Fed is pumping money into the system, banks are not lending it out”. With the chilling deaths of financial giants like Lehman Brothers and Washington Mutual still cooling the financial sector, banks have been afraid of becoming the next victim of the financial crisis. They have protected themselves by keeping stock piles of cash in their vaults which disrupts the ability of the Fed to increase the supply of money.

When households abruptly or significantly change their depositing behavior, the amount of money that banks have to lend changes. For example, with less deposits, the bank is less able to “make money” in the form of loans. This decreases the money supply. This is why when massive numbers of households increase their savings deposits in economic booms or decrease deposits during economic crisis, the Federal Reserve starts to get nervous.

What is the Business Cycle and How Does it Work?

The business cycle affects everyone, from the busy banker to a simple utility worker. These two…