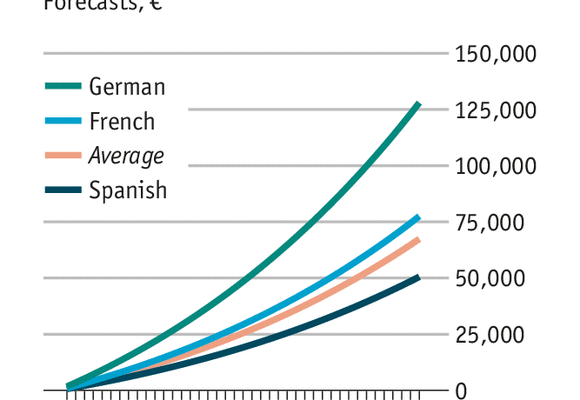 A lot of the rationale behind learning a second language in schools is the prospect of increase job opportunity and the ability to make more money.  However, is that really true?  Will people who know second languages earn higher wages?  And if so, by how much?  There has been a few intriguing economic studies that seeks to answer the question.

Learning a second language has long been part of the educational framework of the United States and is required to graduate high school and college.  But is a 2% return on investment isn’t much.  This leads some economists to surmise that learning a foreign language is a waste of time, and time is much better spent learning something with a higher rate of return, like technical skills or skills that are directly related to the intended career choice of the student.

However, Bryan Caplan, professor of economics at George Mason University does not take such a bleak view when looking at the study done by Albert Saiz.  Instead, Caplan offers an alternative viewpoint—not many people who say that they can speak a foreign language have achieved fluency.  In the study conducted by Saiz, 1% of the foreign-speaking participants said they know a second language “very well.”  However, since people seem to overvalue their skills, Caplan seems to think that the percentage of people who actually know a second language “very well” is much less than the state 1% of second language-speaking people.  So this data seems to tell Caplan that many people fail to reach the level needed to obtain a higher rate of return.

Taking into account the numbers provided by Saiz, we can explore the total worth of a foreign language over a 40 year career assuming a starting salary of $45,000 (in 2014) with regular raises.  The chart provided below shows how much learning French, German, and Spanish is worth over your whole career.  It also provides an average worth. 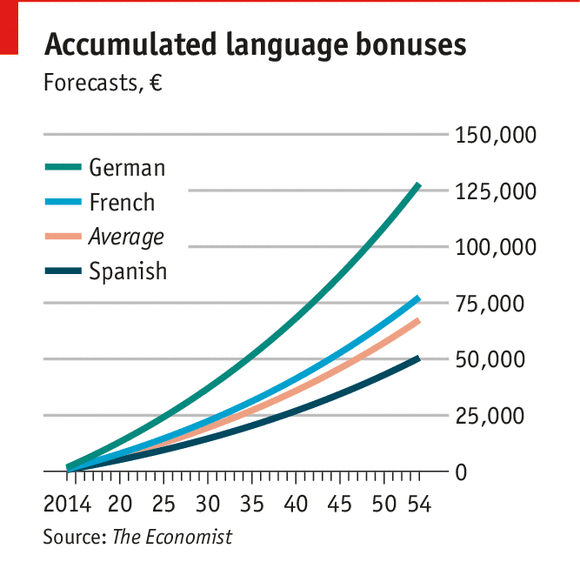 Chart provided by: The Economist

The Foreign Language Worth Double-Digit Returns