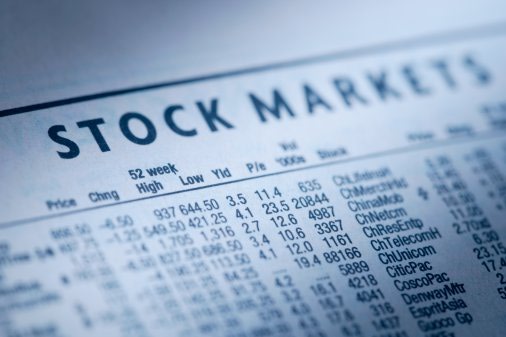 The price-to-book ratio is another ratio used in investing, mostly by value investors. It is one of those indicators they use to determine the value of a stock and how much more of it they can benefit from. This article elucidates the full definition of price-to-book ratio and how one can use it in his investment decisions.

What is Price-to-Book Ratio?

For instance, take a company’s balance sheet showing that it has $200 million worth of assets and $150 million in liabilities. Its book value is $50 million. If the company has 25 million shares outstanding, each share of stock corresponds to $2 of book value.  If every share of the stock trades at $5 on the market, the computed P/B ratio would be 2.5, or $5 divided by $2.

What if P/B ratio is less than one?

With a P/B ratio less than one, the stock is trading at a value lower than its book value. This is so because the market thinks the company’s asset value is overstated. If this is true, investors are advised to shy away from this company because it is likely that it will face a downward adjustment or correction in its price by the market. This can leave investors with losses. But a P/B ratio less than one can also mean that the company is earning very low returns from its assets and these is a chance that an adjustment in management, for instance, can lead to a turnaround in prospects and show positive gains.

What does a high P/B ratio represent?

A higher ratio is a reflection of higher expectations of the company’s future gains. This may be attributed to perceived growth prospects or lower risks associated with the stock. However, a higher P/B ratio also reflects that the stock is relatively more expensive than it used to. During a bubble for instance, a high P/B ratio indicates over-optimism. Any new information or good news about the company may have been accounted for in the current price.

How is this ratio used?

This ratio is known in value investing strategy.  Investors usually choose stocks that have P/B ratios not higher than 3.  This level signals a perfect timing to buy since the stock seems to be selling at a discount. You have to dig deeper into this low ratio or it might be an indication that something is wrong with the company.

The P/B ratio may be widely used but it should not be used as a sole gauge to find undervalued stocks. It is often analyzed alongside the return on equity (ROE) which is an indicator of profitability. A higher ROE means that more money is being produced by the company given the same level of equity.  For a company that has a rising ROE, its P/B ratio should also rise. This is understandable because investors will get attracted to a stock that is producing more profits.  A sign that the stock is overvalued, which tells you that you won’t be making a lot of money out of it, is when you see a company that have very low ROE but high P/B ratio. Therefore, when you are evaluating the value of a company, take the P/B ratio and ROE analysis hand-in-hand.

To enrich further the analysis, include the information signaled by estimate revisions on earnings. Analysts tend to revise their earnings estimate of a stock if they are convinced that there is more or less to a company than what they have originally anticipated. If they think that the company is showing signs that it can achieve a growth rate higher than they have estimated, they revise their estimates upward. If they arrive at the opposite, then they revise estimates downward. This practice has a very important influence on prices of stocks. Such information can be best known through stock ranking systems like the Zacks Rank. Investors therefore should never rely on one measure alone. In addition to P/B ratio, you also need to check ROE, stock rankings, and earnings estimate revisions.

What are the limitations of the P/B ratio?

As with most financial ratios, the P/B ratio has certain limitations. It is said to be useful only for capital-intensive companies or businesses that have large amount of book value assets. It does not take into account intangible assets such as patents, goodwill, and other forms of intellectual property that the business has developed. Therefore, for those with minimal tangible assets like services companies, the P/B value does not have much meaning. For companies like Microsoft, the stock price carries little bearing on the company’s book value because the bulk of its assets are on software products which are intangibles.

The notion of book value also does not have much meaning for companies with sustained losses and large amount of borrowings. Because the denominator is the difference between book value assets and book value liabilities, one which has very high debt would have a very small denominator which can drive the P/B ratio at a very high level. Such is the case of cable and wireless telecoms companies. Meanwhile, for companies that incurring sustained losses, the book value becomes meaningless as it takes a negative value.

Also, the book value may fail to present the real value of aging assets especially at an environment of high inflation as the assets’ earnings power has already declined since these were obtained. This also applies to the case when the assets are no longer operating or have increased in value due to some reasons.

Other things that can distort the P/B ratio include share buyback because this cuts the company’s capital on its balance sheet. When businesses improve or reduce their cash reserves, they alter the book value without causing changes in operations. When they put these into a pension plan for instance, the book value will fall.

Investment starters have to go deeper into the ratios’ nature to understand how they can be best used in choosing the companies to invest on. Be critical about the weaknesses of such ratios, like the P/B, to prevent you from arriving at the wrong conclusions. In addition to looking at this ratio, pay attention to the nature of the business, the amount of intangible assets it has, the level of debts and losses, and the way it uses it cash reserves.