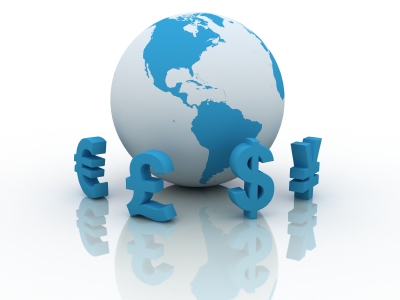 The foreign exchange market, most commonly known as the Forex market, is home to the global decentralized trading of international currencies–specifically where trillions of U.S. dollars are traded each day. If you need Japanese yen, you buy it through the Forex market. Participants trade not in one huge platform but rather through electronic communication networks (ECNs) or phone networks in different markets across the globe. Dubbed by investopedia.com as the largest financial market in the world, the forex market works round the clock five days a week: from Sunday (5 p.m. EST) to Friday (4 p.m. EST). It is also the most fluid and most accessible market because of its scope and size. But how does this huge market really work? And why is there a need to trade currencies?

What is the Forex market for?

The Forex market mainly exists because of the need to ease or facilitate currency exchange. There is a need to exchange currencies because one country’s currency is not accepted in another. Currencies are needed everywhere to facilitate trade of goods and services. Multinational corporations need to trade currencies for paying off goods and services they buy from foreign vendors. They also trade currencies for paying salaries of employees in their foreign offices, and for their merger and acquisition activities. Travelers exchange currencies to be able to travel to places. If you are an American wanting to tour Spain, for instance, your US dollars have to be exchanged for Euros at the prevailing rate first before you can proceed with your travel.

But this purpose of the FX market takes only 20 percent of the trade volume. The 80 percent serves speculative moves by multibillion dollar hedge funds, financial institutions, and individuals. A central bank, for instance, aims to stabilize its country’s currency by participating in the Forex market as it needs to maintain a relative value of its currency vis-à-vis other currencies.

How does it work?

Except when the exchange rate is pegged or fixed, or when the rate is set by the government, it is determined by demand and supply. The type of exchange rate where various market factors come into play is called floating exchange rate. The exchange rate is a reflection of many factors than include prevailing interest rates, economic conditions, people’s sentiments regarding the local or international political situations, and thoughts or perceptions about the future. When the transaction between two parties becomes final, the deal is called a spot deal and the settlement can then be made in cash. The currency trades usually take 2 days to settle.

Scope of the Forex Market

Foreign exchange trading takes place all over the world in different time zones. Such is one reason why trading is done in a 24-hour period for 5 days a week. Also, the exchange entails a network of computers, wherein not one physical platform has a specific closing time. If in case you hear news about the US dollar devaluing to a certain rate, you must know that this refers to the foreign exchange rate in New York, and that trading continues in other parts of the world. The Forex market is made up of three major regions – North America, Europe, and Australasia, with each having several key financial centers. Some of the major financial centers are New York, Hong Kong, London, Sydney, and Zurich. Entities trade currencies in each of these Forex markets.

Forex Market versus other Financial Markets

Currency trading differs a lot from other financial markets, like stock or options trading. Aside from the fact that it does not transpire in some regulated market, there is no central governing entity that controls the Forex Market or clearing houses to certify the trades being undertaken. If disputes arise, there is no adjudication body. Unlike in futures trade, there are no ceiling rates or limits to the size of position you want. So long as you have the capital to sell even hundreds of billions of dollars worth of currency, you can do it. Also, you will not be prosecuted for insider trading in the Forex market unlike in stock trading where you could be penalized harshly for similar grounds.

Also, unlike in stock trading, where brokers, who act as agents aiding in the transactions are paid a commission, there are no commissions involved in the Forex market. In foreign exchange trade, dealers do not have commissions. Instead, they make money via the bid-ask spread or the difference between the highest price at which a buyer is willing to buy and the lowest price at which the seller is willing to sell. Also, in the Forex market, you are actually not trading anything as no physical exchange is taking place and all transactions happen through entries in the computer. The effects of the transactions, however, are no less real than other forms of trade.

The internet is now overwhelmed by the influx of online foreign exchange platforms that allow individual investors to do currency trading. In this type of trading, brokers cater to the investment needs of individual investors. New technology makes it possible to do transactions more quickly and less expensively. However, like many other financial markets, this does come with risks– things that investors need to understand.

The basic functions of the foreign exchange market affect everyone because of the fact that currencies are the lifeline of the economy. A good sense of how it works would help investors and ordinary citizens alike understand the movements of their own currencies vis-à-vis other currencies. And with the help of speedy and more accessible internet technology, it has now become an increasingly evolving market where ordinary people can conveniently participate in.