[wp_ad_camp_1]
The standard FICO credit score ranges from 300-850 and is computed using a mathematical model invented by the Fair Isaac Corporation in 1956 as a vehicle to combat lending default and assess the risk of borrowers.

Before we go into the post, if you want to check your credit score for FREE this is my recommended go-to service.

Where Are You On The Fico Score Range?  Credit Score Distribution According To Population

See where you fit in the FICO score distribution chart.

And here is the graph of the population’s credit score range in a bar graph form: 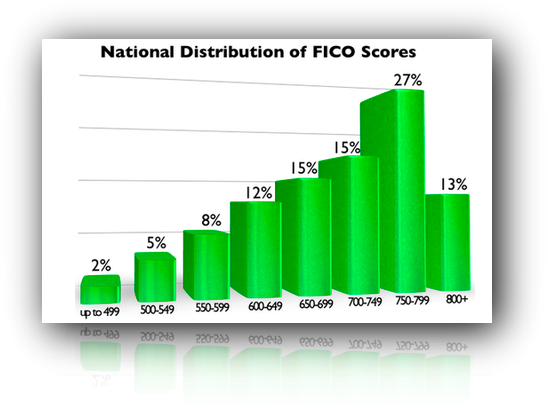 There was a major change to the FICO score formula several years back (called FICO 08) that promised to improve delinquency predictions by 5-15%.  So what exactly is new in the FICO 08 credit scoring formula?  Here are some of the changes in the way your FICO credit score is computed. 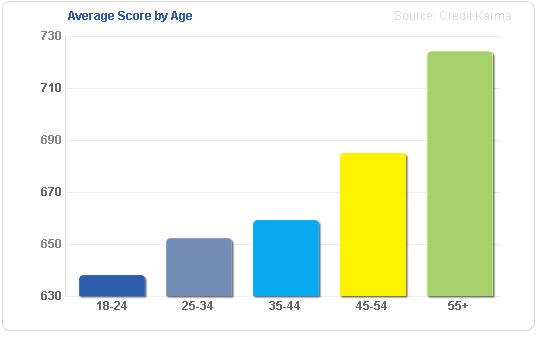 These numbers should not surprise you since the length of credit is a determinant in your credit score.  Remember, the average credit score is 687 and the medium credit score 723.  Average and medium mean different things.

Mortgage Savings According To Your Credit Score

Let’s look at the correspondence credit score ranges and how much money you save for a fixed 30-year mortgage:

If you want to plug in your own credit score to see the savings, there are numerous calculators out there, such as the one from MyFico.

READ  How Your Credit Score Is Calculated

What To Do If You Have A Bad FICO Score

As you can see, FICO scores are extremely important to your finances.  If you do not have a good FICO score, you are putting yourself in a very precarious financial situation.  You will not be able to take out loans for a car or a home.  So I hope you can see how important it is to maintain a good FICO score or improve your FICO score if it is subpar.

If you have a crappy FICO credit score, I highly suggest you start writing credit dispute letters to immediately raise your credit score.  If you have money lying around and you have a huge amount of credit card debt, I also suggest that you pay it off right away.  Writing dispute letters and paying off a huge chunk of your debt are the two most important things you can do to immediately raise your credit score.  If you do those two things, you will see a dramatic boost in your credit score within 10-60 days.  If you do not have money lying around to pay off a large portion of your debt and you should consider consolidating your debt into an installment loan.  But only do that if the payments of the installment loans will be cheaper (in the long run)  than paying on your credit cards.  If you can’t consolidate your debt usnig installment loans, you should consider borrowing from family because it will save you tons of money.  Family is usually the best option as they often do not charge you interest for borrowing—and if they do charge interest, it is usually (a lot) cheaper than what banks will charge you.

To get all your three credit scores (Equifax, Experian, and Transunion) there are plenty of sites in which you can sign up and get a free score.  One reputable site that you can go to Credit Sesame.  They also offer identity theft protection along with a free credit score and report.  Go to their site to get your free credit score along with a free trial of identity theft and credit protection.  If within the free trial you decide that it is not for you, you can cancel and they won’t charge you a penny.