1. Be assertive yet tactful.  People are difficult because they others put up with their demeanor.  To stop difficult coworkers in their tracks, make sure to be assertive when dealing with them.  If you oppose their opinion on a project, make sure to make it firm opposition.  They may try to persuade you to give in by being difficult.  But you have to stand your ground.

2. Clearly explain your rationale.  When you have good reason, people are more apt to listen to you.  Furthermore, if your opinion is backed up with hard facts, then it cannot be argued against.

4. On the flip side, try to get the other person to know where you are coming from.  There was a blog post by Psyblog the other day on the psychology of changing people’s minds.  People change their minds most often when they can rationalize it.  If they are able to see from your point of view, they are more likely to rationalize your actions and in turn see where you are coming from and how you reach your point of view.  To get them to see things from your point of view, you can simply say things such as “Hey, is it okay if we flip the script a little bit?  Let us put aside our attitudes and see things from each other’s point of view.”  Then once you get them to see your point of view, you can ask questions to drive home your point, such as “what would you do if you were in my position” or “wouldn’t you have done the same thing” or “would you have felt the same way?”
[wp_ad_camp_2]
5. Be composed.  When you are calm and composed, you are able to be more rational and logical.  Additionally, those who are calm are seen by others to be in the right.  Think about arguments you have seen in the past.  Have you sided with the person that is calm or did you side with the person who was angry?  If anything, being calm makes the other person look quite bad for being belligerent and antagonistic.

READ  How to Become a Radiology Technician

6. You must address the problem by all means.  If a difficult coworker is left unaddressed, the working environment usually gets worse for you.  From my experience, difficult people are a bit sensitive when it comes to critique or criticism.  You must confront them delicately.  When approaching them, be calm and let them tell their side of the story as well as you tell yours.  It is important that both sides know where the other person is coming from—even if the problem remains unsolved.

7. Address the problem publicly, vis-à-vis jokes and sarcasm.  This is an extremely risky maneuver and might actually make them more difficult by angering them.  However, if done right, your difficult coworker will think twice next time they try to be difficult—because they will not want to be embarrassed in public, again.  Remember though, this is a risky tactic and you may be asking for a more difficult ongoing relationship as a result. 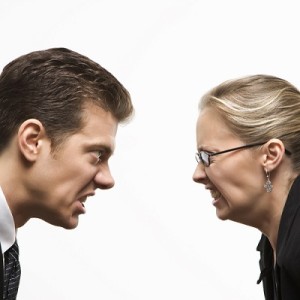 8. Try limiting your communication with the difficult cohort if all else fails.  Don’t say greet them when walking by.  Don’t acknowledge them.  Only answer questions that are related to work—and answer them in the utmost professional manner.  Make it very clear that you do not want anything to do with them. This accomplishes two things.  One, it show your difficult coworker that you are not fond of them—at all.   Two, it shows the person in question that you are not someone to mess around with.
[wp_ad_camp_3]